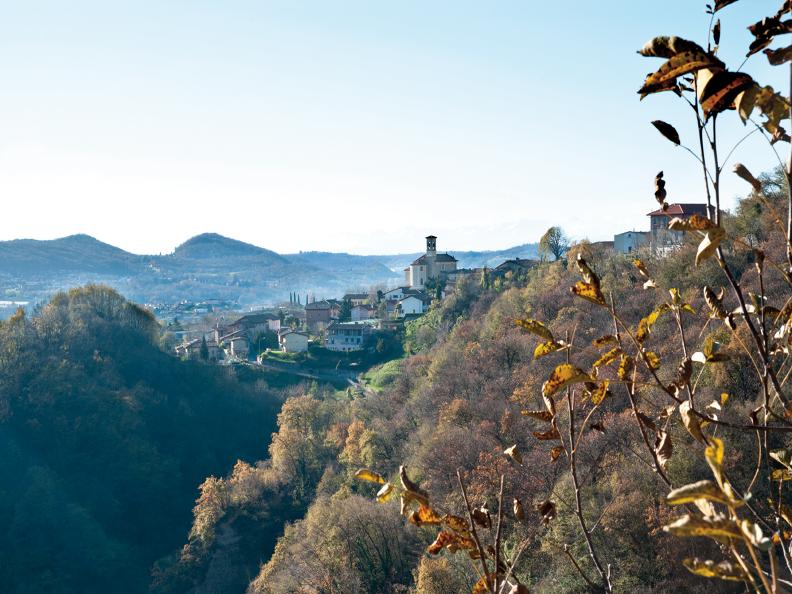 With its 1183 hectares from the bottom of the Gole della Breggia as far as the peak of Monte Generoso, the Commune of Castel San Pietro, which since 2004 has also included Casima, Monte and Campora (a former outlying district of Caneggio), extends along the entire right edge of the Muggio Valley. The name is derived from the “Castrum Sancti Petri”, in other words the castle which was referred to for the first time in a document dated 1171, but had probably already been built at the time of the wars between Como and Milan (1118-1127).

Initially, together with Balerna, Castel San Pietro formed a Concilium (a type of rural forerunner of the Commune) with Corte Regia, and during the Middle Ages the Castellanza came into the possession of the Diocese of Como and the Rusconi (or Rusca) family and the Lucerne Russ family. The large landowners, i.e. the secular ones (such as the Albrici or Turconi) and the ecclesiastical ones, divided up the vast communal possessions. The local populace was devoted to agriculture, an activity which over the years came to be accompanied by the growth of mulberry trees (for silkworm breeding), tobacco (for the cigar factories), and by grapevines, to the extent that the Commune could boast of having the most vineyards in Ticino.

Emigration has also played an important part in the economy of the area, ranging from the Mediaeval era represented above all by the master builders and stucco workers, to the artistic migration for patrician families (such as the Carabelli, Pozzi, Salterio and Magni), culminating in emigration to Latin America during the 19th century.

In the last century at Castel San Pietro, particular artistic trends flourished, such as the Rot-Blau Group which was founded in Obino on New Year’s Eve of 1924-1925, or the avant-garde Trentatre Group which was created in Basel as a form of protest against the prevailing conservatism, and was subsequently transferred to Ticino.