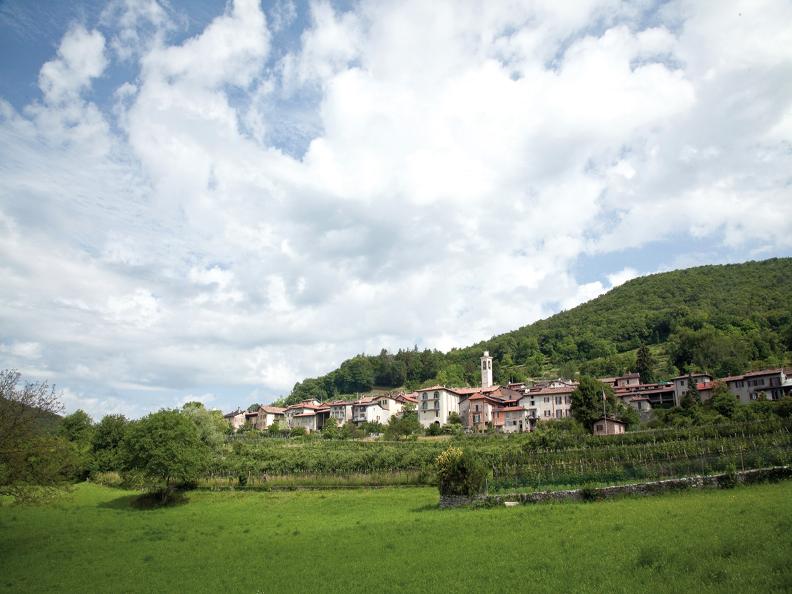 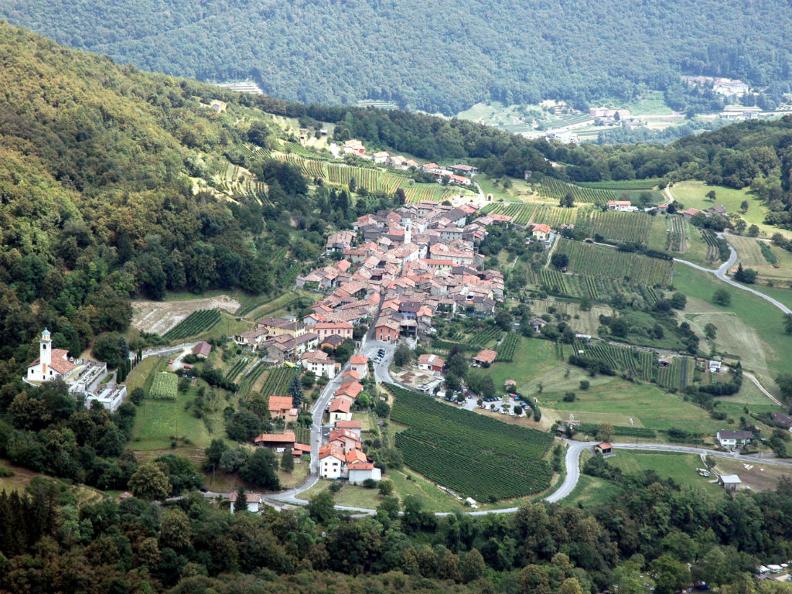 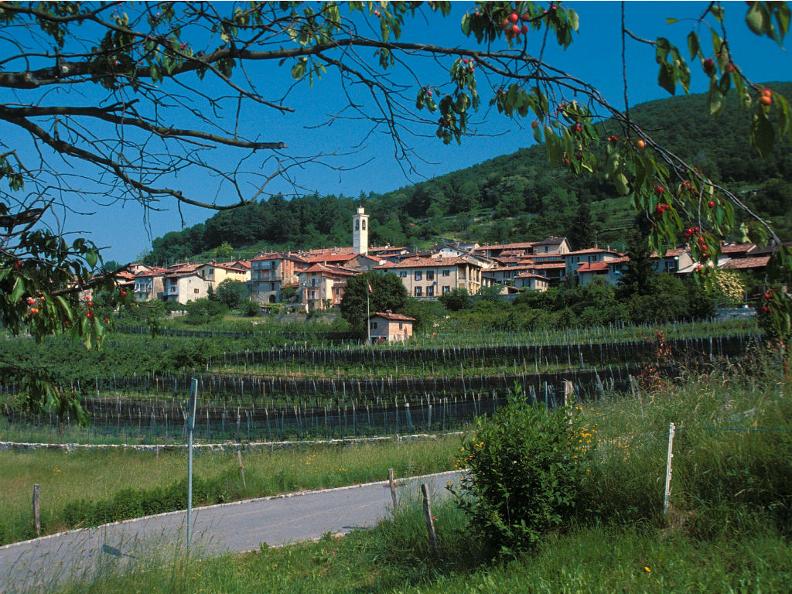 Meride, the territory of which extends to the top of Monte San Giorgio, was first mentioned in the 9th century (as Melede in 852, then Melade in 963 and Meredo in 1443). Built on limestone rock formations dating back to the Triassic period (called Meride Limestone), Meride, which was reclassed as an urban district of Mendrisio as of 2013,  is of great geological and palaeontological importance and the region’s main quarry and mining centre.

During the Middle Ages, the Meride coat of arms was a combination of two elements in the arms of the two most important families, the Fossati (two stars) and Oldelli (the castle). The village depended on and formed a third of the Parish of Riva San Vitale, along with Tremona and Besazio. Later, it became a parish in its own right in 1483; the church of San Silvestro on the promontory overlooking the village become the parish church. Originally a castle (signs of which can still be seen), this building proved to be too far from the centre and so in 1627 “the Blessed Sacrament was transferred to the church of Santa Maria” (which later became the church of San Rocco).

Meride has various buildings of artistic or architectural value. These include the middle-class homes of the Martini, Monti, Roncati and Oldelli families, with their stucco work, columns, balustrades, capitals of the Tuscan order and other beautiful decorations. Then there are religious buildings like “Oratorio di San Giorgio”, a hermitage where the Blessed Manfredo Settala stayed in the 13th century, which was later portrayed by a local artist, Francesco Antonio Giorgioli (1655–1725).

In 1973 Meride saw the opening of the Museum of Fossils of Monte San Giorgio, thanks to the committed efforts of the palaeontologists Emil Bernard Peyer and Kuhn-Schnider, professors at the University of Zurich.

When Meride was nominated as a UNESCO World Heritage Site (officially recognised as such in July 2003), the town council wanted to commemorate the unique scientific value of the local area and so in 2006 asked the architect Mario Botta to design the new Monte San Giorgio Museum of Fossils and UNESCO Visitor Centre. The museum was inaugurated on the 13th of October 2012 and is run by the “Fondazione del Monte San Giorgio”.