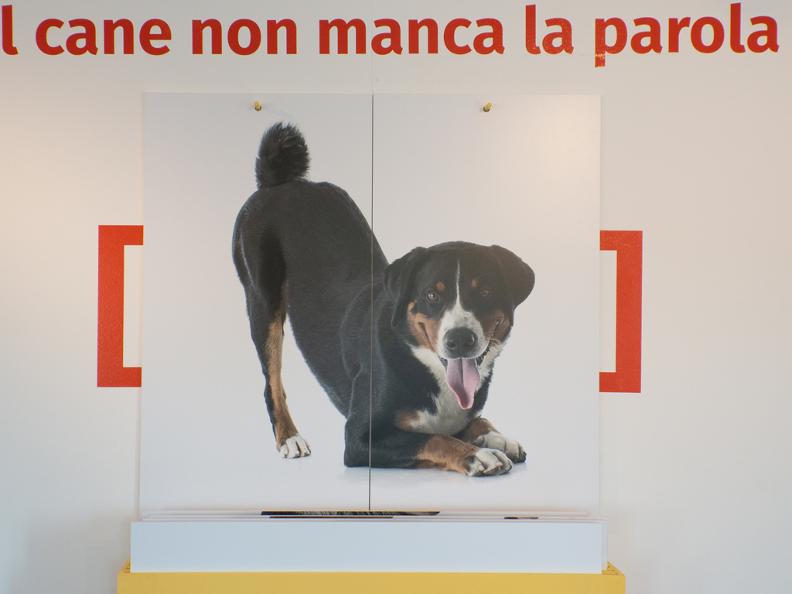 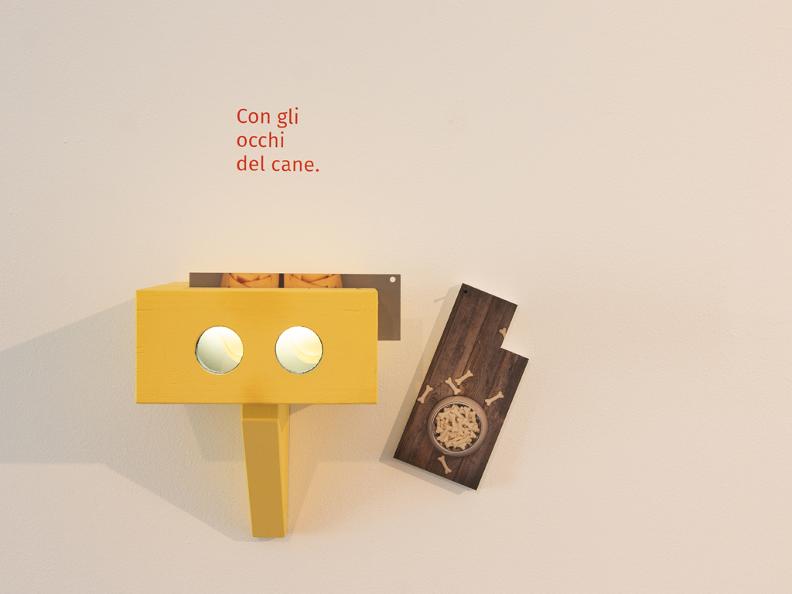 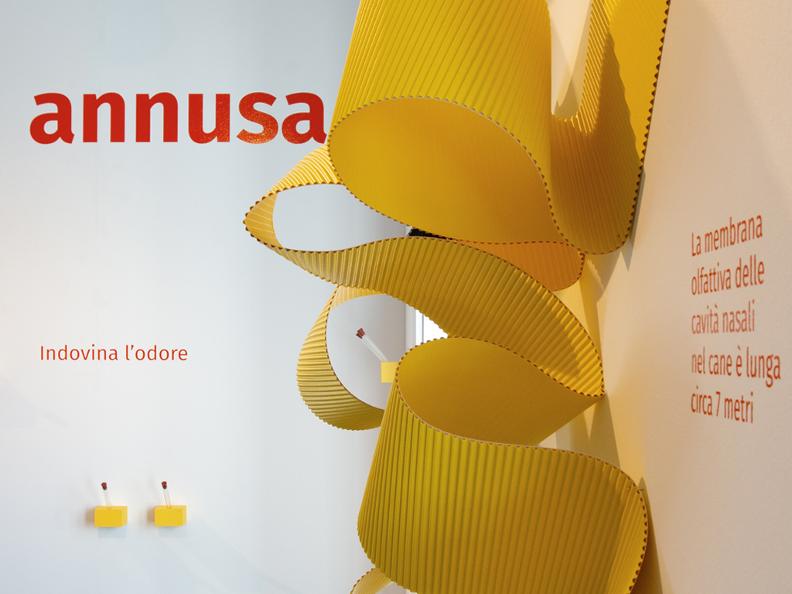 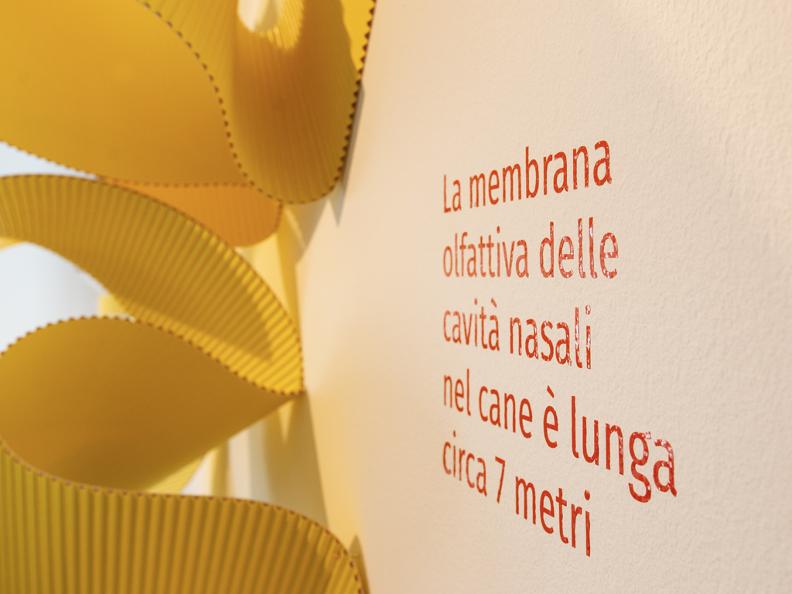 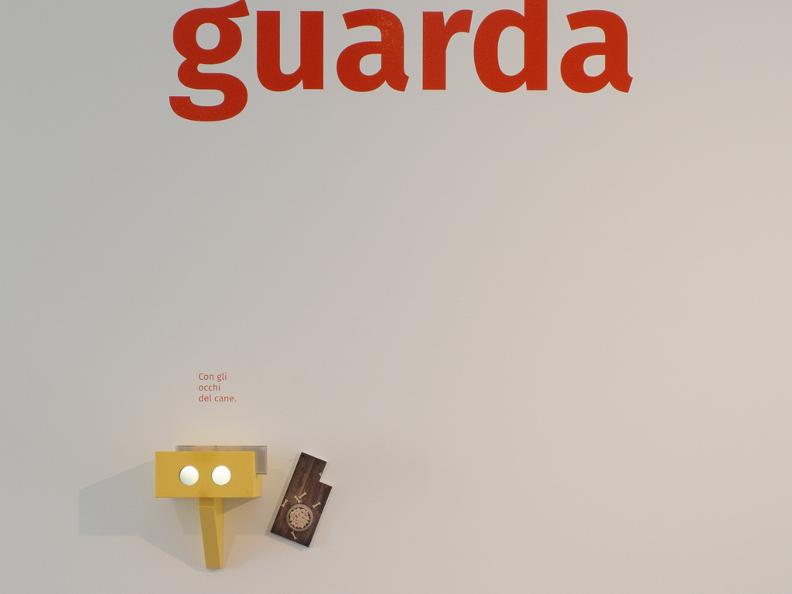 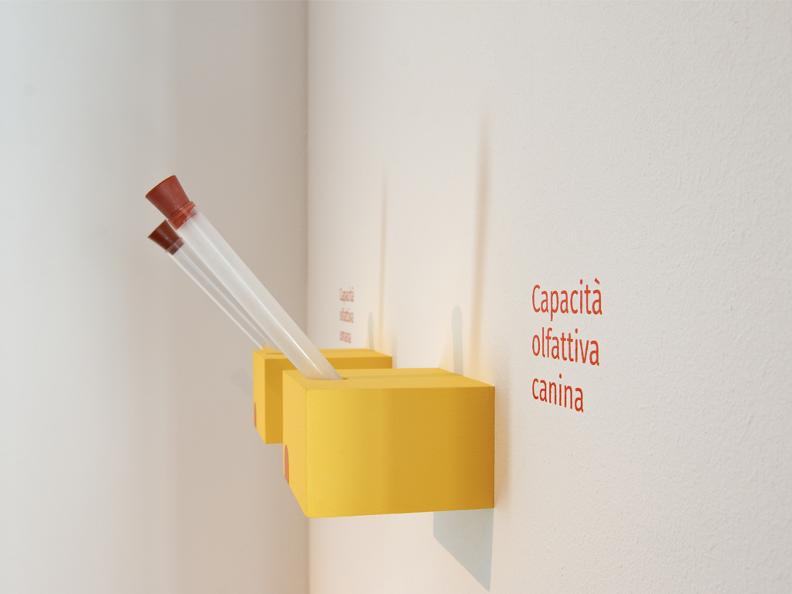 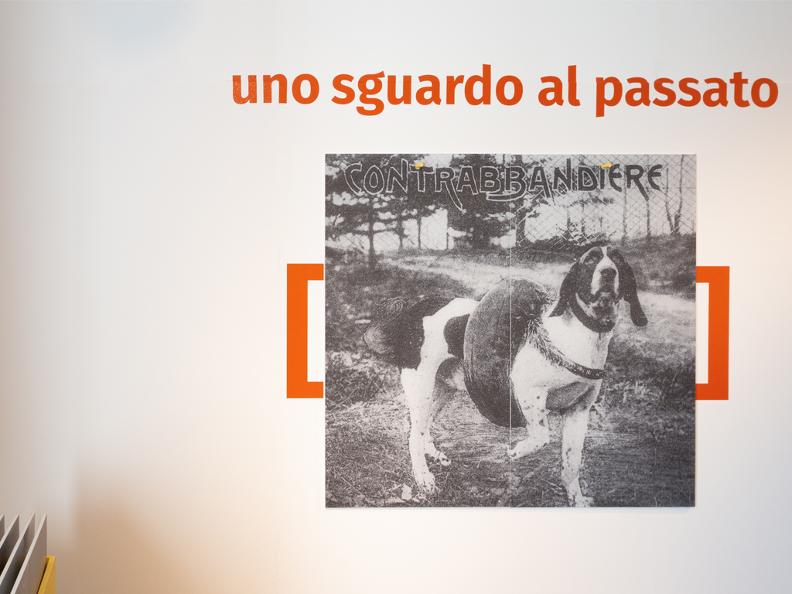 Dog life! Between necessity and absurdity

Dog life is a way of saying that, over the years, has seen its meaning transformed (if not even distorted!). Dog life is also a wide-ranging title, because there are many things to discover and know about dogs. The pet par excellence accompanies us on a journey through time, from peasant civilization to today, and invites us to a suggestive role-playing game, stimulating the five senses, discovering a world full of surprises...

The first room is mainly dedicated to the 5 senses of the dog. Sight, smell, hearing, taste and touch are the main tools of knowledge and direct experience necessary to understand the complex and fascinating canine universe.
The exhibition itinerary makes use of practical and playful experiences for the stimulation of the human senses with the aim of grasping the profound differences, not to be taken for granted today, between the world of dogs and that of human beings.
This room also deals with the languages that dogs use to communicate with their fellow human beings, the same languages with which they try, sometimes unsuccessfully, to express themselves towards human beings.

The second room, on the other hand, is dedicated to the human-dog relationship, in a journey that begins in the past and arrives at the present. Functions and places of life of the dog are compared, creating a difficult dialogue in which there are some dutiful, and only apparently funny, provocations. It is an undeniable process of anthropomorphization, of humanization, which interests the dog, to the point that it is right to remember that the dog is a dog and has dog-like needs and languages!