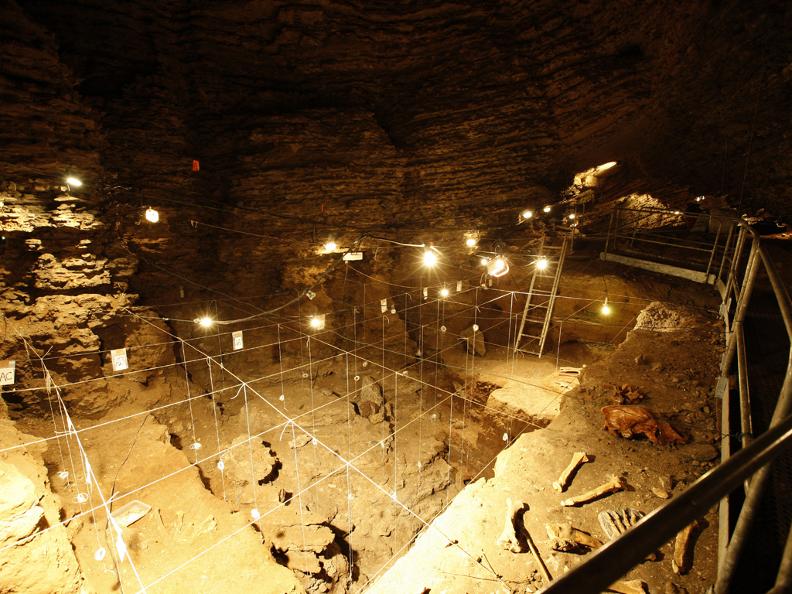 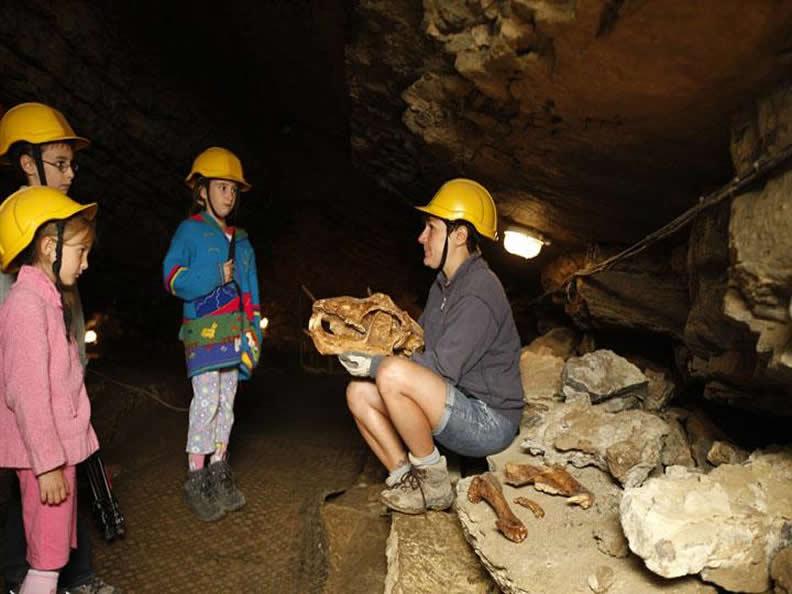 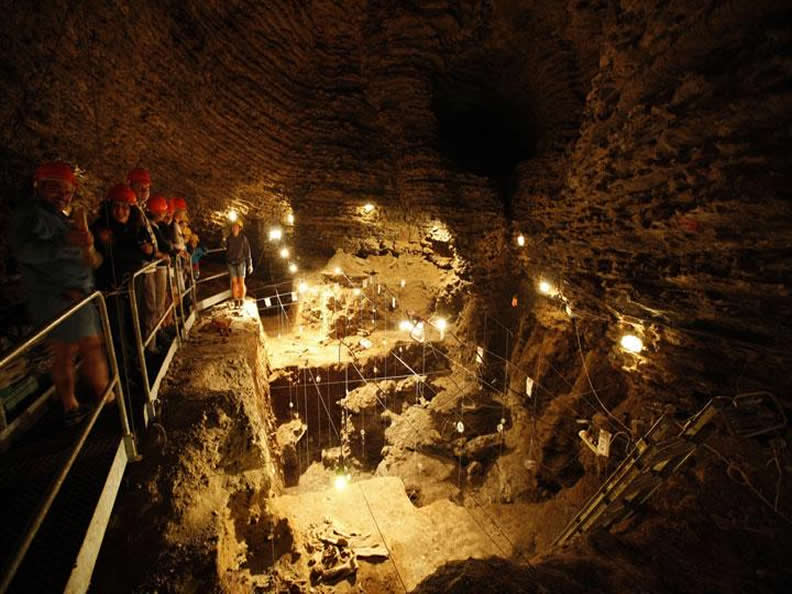 Situated on the eastern side of Monte Generoso, the Bear Cave has for thousands of years housed an important deposit consisting of a good number of finds from the cave bear (Ursus spelaeus), which lived in the area and has been extinct for about 20'000 years.

The cave, discovered a few years ago, was opened to the public in 1999: in it you can see several bones : mandibles, skulls, shinbone, humerus, teeth. Seven panels with texts in Italian and German, drawings and photographs complete the information. As the excavations are not yet finished, the visit also allows to observe the work of the researchers.

Enter a real cave that’s been open to the public since the late 1990s. What awaits is an incredibly striking spectacle, including the reconstruction of the skeleton of a cave bear and the many finds.

The Grotta dell’Orso, where the internal temperature is between eight and ten degrees centigrade, is open from August to late September 2019 (only during the weekend) and the visit lasts 30 minutes. Visits only take place in groups, accompanied by a guide.